Date: 12 November 2021
We will remember them
Archbishop John Wilson remembers generous donors and people with leprosy
London, UK, Remembrance: St Francis Leprosy Guild remembers with grateful thanks, its legators, whose generosity means that a leprosy-free world is becoming ever closer.

At the recent Mass celebrating SFLG’s 125th anniversary, held at St George’s Cathedral, Southwark, the names of all deceased donors were remembered by Chief Concelebrant, Archbishop John Wilson. He said, 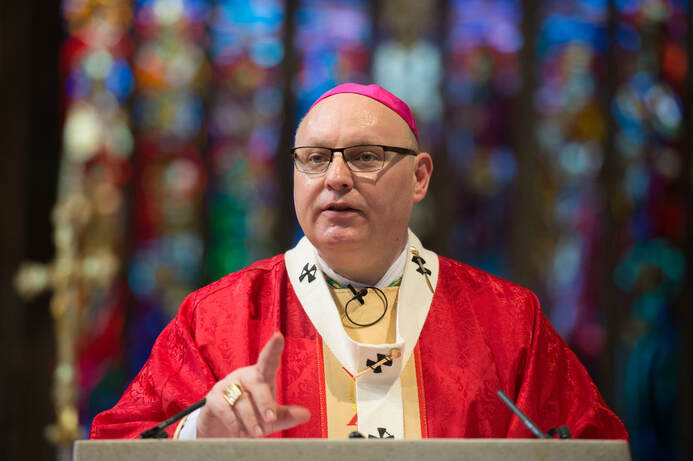 He added, “Long before I became the Archbishop of Southwark, I had already heard of St Francis Leprosy Guild. Some years ago, a priest-friend of mine did a sponsored slim to raise funds to support its work. He was very successful – at the time. Since then, the pounds have crept back. But the money donated to SFLG contributed, in some small way, to the enduring mission we honour today. To put it simply, for the past 125 years, in the most remarkable ways, SFLG has helped people affected by leprosy.

​Leprosy is a devastating infectious disease. If left untreated, it causes worsening and permanent damage to the skin, the nerves, the limbs, and the eyes. Beginning in 1895, the first decades of SFLG’s work, inspired by Kate Marsden, were dedicated to caring for people suffering and rejected because of this illness. The leprosy colony was, and is, real. Through its supporters, SFLG provided much needed medical care, shelter, food, and education. At heart was the dignity and well-being of the person behind the disease, something which remains essential today. With the advent of Multidrug Therapy in 1981, a cure was found and the SFLG’s work turned to treating those affected and identifying active cases to limit, or halt, the effects of the disease.

​Perhaps, like me, you have heard people say that leprosy is no longer a problem; that a cure is available, as if there were no longer any issues to be faced. The truth, however, is more complex and makes SFLG’s work as necessary as ever. Leprosy still occurs in more than 120 countries, notably in the poorest parts of the world, where there remain obstacles to affordable healthcare for those on the margins.

Estimates indicate that someone is diagnosed with leprosy every two minutes, that’s around forty people during the time of this Mass. Fifteen thousand cases in children are diagnosed every year, enough to fill over 500 classrooms in an average British school. More than three million people live with disabilities caused by leprosy, and, unfortunately, there is still rejection and exclusion. Globally there are still 127 laws which allow discrimination because of leprosy. Around four million people are thought to be living with undiagnosed leprosy. Without the five-fold response of TRACE – Training, Research, Active Case-finding, Care and Emergency response – this situation is unlikely to improve and could get worse. And of course, Covid-19, with its own burden of suffering and isolation here and abroad, has made addressing these needs even more demanding.

​If we think leprosy is a thing of the past, then we are sadly mistaken. SFLG’s mission, working internationally in partnership, is to eradicate leprosy for good. Until then we can each play a part in achieving this goal.

​In one sense, the Christian life can be described in the words of Thomas a Kempis. It is ‘the imitation of Christ.’ We have in the Lord Jesus a model response to a person with leprosy in need of help. Whatever the exact nature of his leprous condition, it should never cease to challenge us that Lord Jesus felt sorry for the man in the Gospel. The English translation here is too weak. The Greek describes Our Lord being deeply and inwardly moved with compassion. His guts churn and His heart breaks. Encountering the suffering of another person elicits an empathy which requires action. Anything else is not fully human.

​The response of the Lord Jesus is two-fold. First, He stretches out His hand and touches the man with leprosy. It’s impossible to underestimate the significance of this act. Remember, for the people of biblical times, leprosy as they understood it was so feared that anyone who contracted it was completely ostracized by family, friends, and society as whole. They were forced to live outside the community. They were excluded from normal relationships and interaction.

​But the Lord Jesus teaches a lesson that applies in every situation to every person. Whatever their circumstance, no one is beyond God’s love, a love embodied in Christ, a love to be embodied in us. For the Lord to reach out and touch a diseased person would have been mind-blowing. It overturned the accepted religious beliefs and cut through the established practice of condemnation and isolation.

​Then, secondly, the Lord Jesus speaks a powerful word of healing: ‘Be cured,’ he says. And the man was healed. Note the passive voice here: ‘Be cured,’ ‘Be made clean.’ One commentator writes this ‘acknowledges God as the one who performs the actions without having to use God’s name. Jesus willed it; God cleanses the man with leprosy.’

​We see in the Gospel that compassion moves towards healing. This is our way too. From a compassionate heart, the healing of bodies carries on the mission of the Lord Jesus, bringing back the outcast, restoring friendships and reuniting the human family.

​Dear friends, we who follow the Lord Jesus continue to pray for healing for our brothers and sisters who suffer with leprosy. We refuse to accept they are beyond divine or human care and concern. Through diagnosis and treatment, we seek their health and flourishing. We believe that God says yes to every person; that God’s loves includes everyone, without exception. In St Paul’s words, God never takes back his gifts or revokes his choice. And nor can we or should we.

​While serving the spiritual and material needs of people with leprosy, St Damien De Veuster himself contracted leprosy in the medical quarantine on the Hawaiian Island of Molokai. He has been described as a ‘martyr for charity.’ At his canonisation Pope Benedict XVI recalled ‘his missionary activity, which gave him such joy, [and] reached its peak in charity.’ As we think of the Father’s love, so we must lavish it on others. We are not all called to lose our lives for charity; but we are all called to give our lives in charity, in love for others. We might not be directly involved in active service, but we can be personally responsible for this mission through our financial support.

​It’s said that the SFLG’s patron, St Francis, was both fearful of, and revolted by, people with leprosy in his day. Yet he had a Damascus Road moment of conversion as he rode his horse one day near Assisi. He met a man suffering with leprosy and, initially, was filled with horror. But charity overcame him. Love flooded his being. He dismounted from his horse and spontaneously kissed the man with leprosy. I would like to think that the scene from Our Lord’s life, recorded by St Mark, filled Francis’ mind and heart. His compassion urged him to cross a barrier, to deconstruct a wall, to dismantle his prejudice. He saw the person, not just the disease. Before leaving, Francis gave the man with leprosy some money to help him out. He then climbed back on his horse. When he looked around, he couldn’t see the man anywhere. It dawned on him that this had been a supernatural experience. It was, in fact, the Lord Jesus whom he has just kissed.

Anything we can do to support SFLG brings the Gospel we heard today to life in the lives of people in our time. The loving, healing, compassionate touch, and kiss of the Lord reaches out again through us. We give thanks for all that has been achieved. And we ask God to abundantly bless the work of St Francis Leprosy Guild in the years to come. Amen." 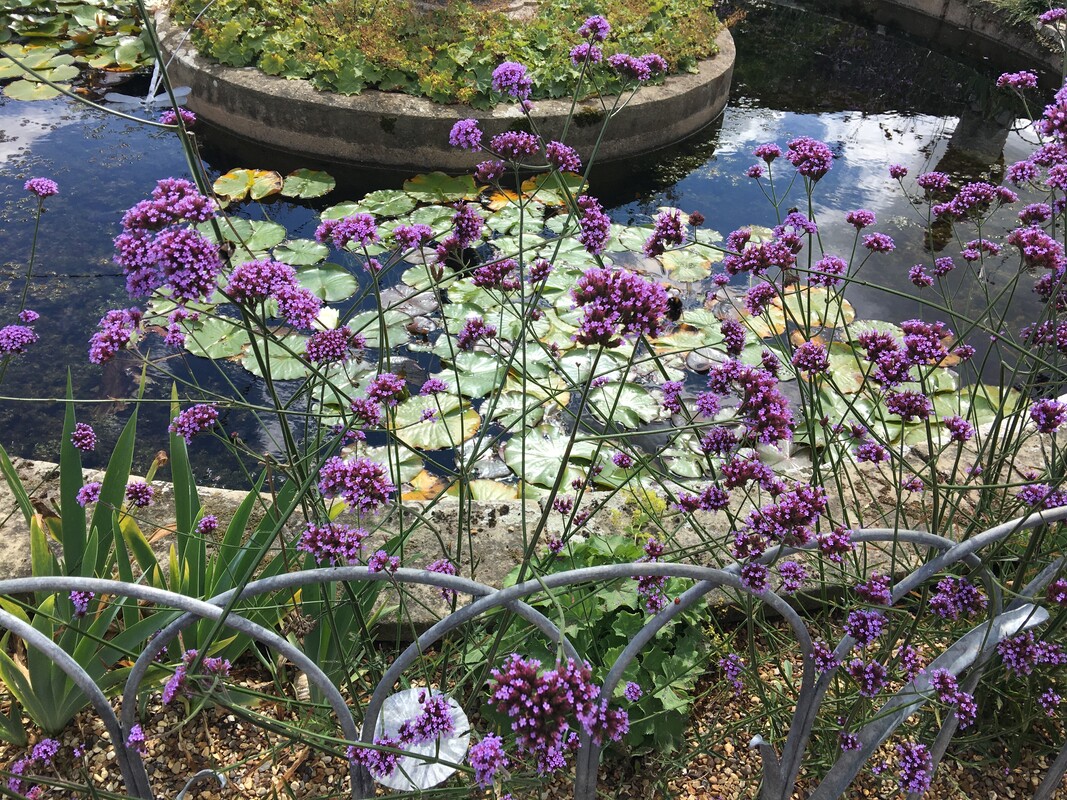 A Garden of Remembrance was formally launched, online, to record the names of those who have recently passed away leaving legacies to SFLG in their wills. SFLG's Chief Executive Officer, Clare McIntosh said:

we are incredibly grateful to our generous donors who leave legacies in their wills. These legacies fund a significant part of our operation. Their generosity – their legacy - lives on, in the lives of many who are affected by leprosy. We will remember them.”

​SFLG has partnered with the National Free Wills Network, which means that SFLG’s supporters may have a will written or updated for free by a local, qualified solicitor. For more information, please click on this link . 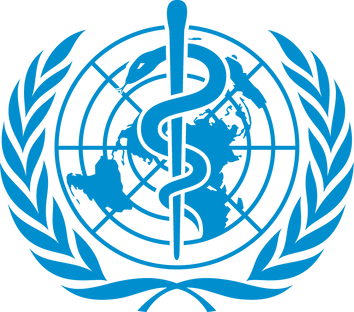