M. Leprae discovered in 1873 by Gerhard Henrik Armauer Hansen, a Norwegian physician. Copyright: ALMAY
Leprosy, also known as Hansen’s disease, is caused by the Mycobacterium leprae bacteria. It is similar to the bacteria that causes tuberculosis.

Leprosy can affect anyone, at any age, but it is linked to poverty, malnutrition, and unsafe water.

There is a widespread fear that leprosy is a highly contagious disease. In reality, it is difficult to catch leprosy. 95% of us are naturally immune. While doctors and scientists are unsure how leprosy is spread, it is thought through airborne droplet infection such as coughing and sneezing. Prolonged and close contact between people may also contribute. People with depleted immune systems, and poor nutrition, water, sanitation and hygiene, are more likely to catch it.
Disability 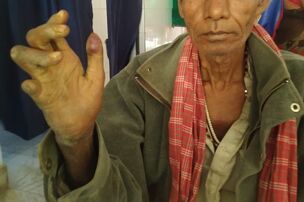 Man with clawed hands due to leprosy. By kind permission of Arun Kumar.
If left undiagnosed, leprosy attacks nerve endings, destroying the ability to feel pain and injury. This lack of sensation makes patients susceptible to ulcers and infections. Over time, if left untreated, these ulcers can lead to the loss of fingers, hands, toes, and feet. Even those treated for leprosy and who are no longer infectious, can still develop ulcers over their lifetime. Leprosy can also cause blindness, facial disfigurement and the clawing of hands and feet.

SFLG’s operating strategy is putting an emphasis on case-finding and early detection followed by quick effective treatment, reflecting new global approaches in the ongoing fight against the disease. 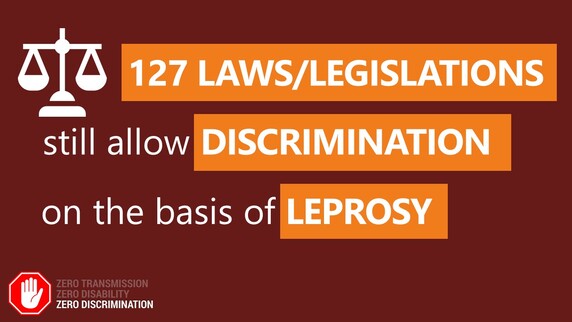 Although a cure for leprosy is readily available, if left untreated, leprosy can cause visible disability and disfigurement. As a result, many people fear the disease and many leprosy-affected people (including their families and children) are subjected to stigma and discrimination.

In addition, outdated laws mean that people with leprosy can be forcibly pushed out of their homes, livelihoods, and places of work. In some parts of the world, leprosy is grounds for divorce. Due to this terrible injustice, people with leprosy may not come forwards for medical treatment, putting themselves, their families, and communities at greater risk.

To find more about discrimination against people affected by leprosy please visit the ILEP website.

The real numbers affected by leprosy​ 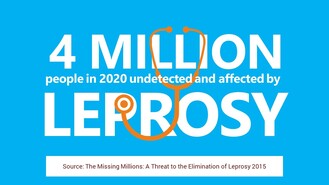 ​Around 200,000 new cases of leprosy are diagnosed every year but the actual number of people at risk from leprosy or living with the effects of leprosy, such as blindness, amputated limbs or, its stigma and discrimination, is estimated at many millions more. 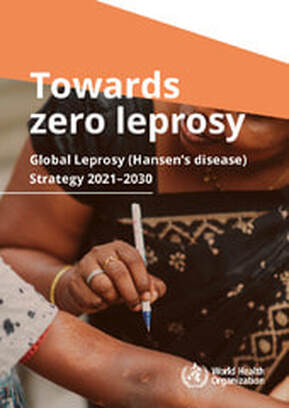 The WHO global target of elimination of leprosy as a public health problem (prevalence of less than one case per ten thousand population) was achieved by 2000. However, there are still 23 global priority countries that are endemic for leprosy. 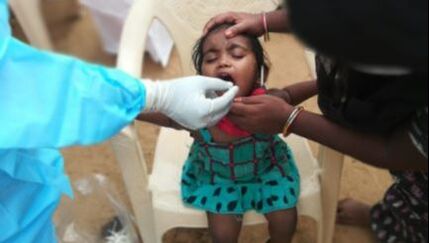 ​​The absence of antiviral drugs and the speed of COVID-19 transmission have had a major impact on public health systems worldwide, leading to the almost total collapse of many national and local healthcare services. Only time will tell how or if people with leprosy survive the COVID-19 pandemic. Read more about COVID-19, leprosy and neutrophils
Diagnostic test for leprosy 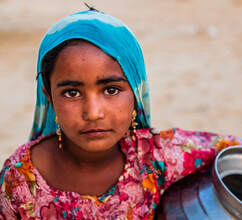 Studies from around the world continue to show the disparity between the number of male and female patients being diagnosed with leprosy as well as suggesting that women are more likely to present later for treatment. Read more here:
​
Identifying the barriers to early case detection for women affected by leprosy  Victoria G Price

I  often talk about leprosy in terms of a motorcycle. The front wheel represents curing the disease and the rear wheel symbolizes ending discrimination. Only when both wheels are turning at the same time will we make progress towards our destination of a leprosy-free world. Yohei Sasakawa, WHO ambassador for the elimination of leprosy, 68th World Leprosy Day, January 2021.