We are delighted to be supporting this exciting research project. An easy-to-use, field diagnostic is the vital tool that we need to find the many people affected by leprosy and stop its transmission. As part of our TRACE operating strategy for people with leprosy (Train, Research, Active case-finding, Care, Emergency relief), SFLG is committed to active case-finding and research. If we are to see an end to leprosy in our lifetime, we must invest in new tools that help find and diagnose people with leprosy and finally prevent this disease for destroying lives.  We are grateful for the continued support of our donors enabling us to explore advances like these.  SFLG Chief Executive Officer, Clare McIntosh.

Despite a cure for leprosy being available since 1980s, over 200,000 new cases of leprosy are diagnosed every year. More significantly, research suggests that for every person diagnosed, a further 20 remain undiagnosed. This means that millions of people are potentially at risk from catching or spreading leprosy. If left untreated, leprosy causes nerve damage which can lead to irreversible disability and disfigurement, including blindness.
​
Pioneering diagnostic tools such as multi-spectral screening are desperately needed to diagnose leprosy quickly and accurately in the remote areas of South America, Asia and Africa where leprosy is endemic. There are many communities that don’t have access to hospital-based skin smears and biopsies, which are also costly and invasive.

A health worker armed with the technology to diagnose leprosy more accurately with a scanner on a smartphone is such an exciting prospect. A person with leprosy can be treated immediately and spared a lifetime of disability. Such a device would be an immensely valuable tool in our mission to end leprosy.

Every year, SFLG trains health workers and volunteers to diagnose leprosy. However, diagnosis can be tricky as leprosy may be confused with other skin diseases. Health workers often do not possess adequate clinical skills, especially when dealing with early cases of leprosy. In such instances, the patient is given a skin smear or biopsy to confirm a diagnosis. But in remote rural areas where SFLG operates, there are rarely such facilities.

Professor Janis Spigulis and his team at the University of Latvia are undertaking groundbreaking research into multi-spectral screening, specifically the absorption and scattering of light of skin lesions and, the development of mobile screening devices to diagnose skin abnormalities. Read more here.

Spectral screening has been used successfully to detect melanoma, the deadliest form of skin cancer. Digital technology has meant that suspect lesions can be immediately screened against a database. The database provides scoring factors that significantly increase accuracy of initial clinician decisions.

In collaboration with The Leprosy Mission, a one-year research project is now underway at TLM’s Anandaban Hospital in Nepal, to test the efficacy of multi-spectral screening on leprosy lesions. A baseline scoring of digital images of leprosy classifications can then be developed and cross-referenced with other common skin conditions, such as dermatitis.

​The next step is to apply a screening device to a smartphone. This will enable volunteers and health workers to have in their hands the ability to diagnose a leprosy lesion in minutes.

​The project has secured funding from the Neglected Tropical Disease Innovation Prize and The Leprosy Mission New Zealand. A £5,500 contribution from SFLG will enable the research project to be completed. 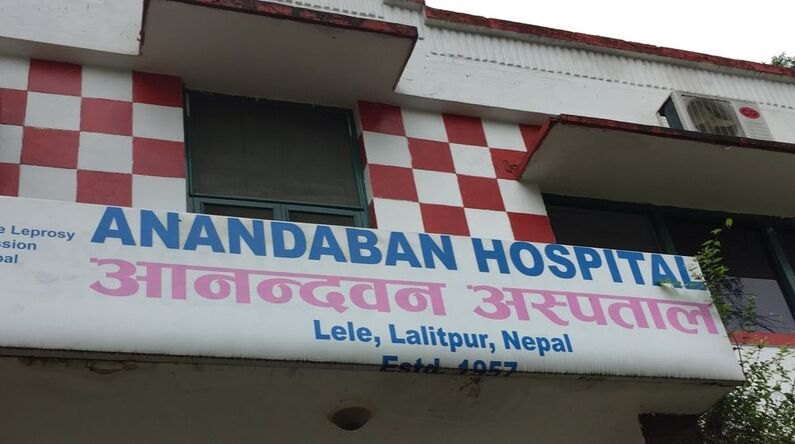 Anandaban hospital , Nepal, where spectral screening adapted to diagnose leprosy will be undertaken.