PRESS RELEASE
Sister working in leprosy invited to present at
Vatican International Symposium    ​
19 January 2023, London, UK: St Francis Leprosy Guild is delighted to announce that Sister, Mary Bawani Chelliah, from the Franciscan Missionaries of Mary, will present the sisters' work from leprosy centres in Sri Lanka during the Covid-19 pandemic, at the International Symposium at the Vatican, Rome next week.
Sister Bawani served as a leprosy apostolate for twenty years at Manthivu leprosy hospital in Sri Lanka. A major part of her mission was to visit people with leprosy, especially those in remote communities. Her role was to take provisions, medication and provide practical support. She also visited as their friend. She now lives at the Franciscan Missionaries of Mary Convent in Rome. St Francis Leprosy Guild works in partnership with the Franciscan Missionaries of Mary in Sri Lanka to care for people leprosy.

The International Symposium on leprosy, entitled "Leave No One Behind" will take place at the Augustinianum Patristic Institute on 23 and 24 January 2023. It is being organised by the Sasakawa Leprosy Initiative together with the Dicastery for Promoting Integral Human Development of the Roman Curia, Raoul Follereau Foundation and Associazione Italiana Amici di Raoul Follereau. 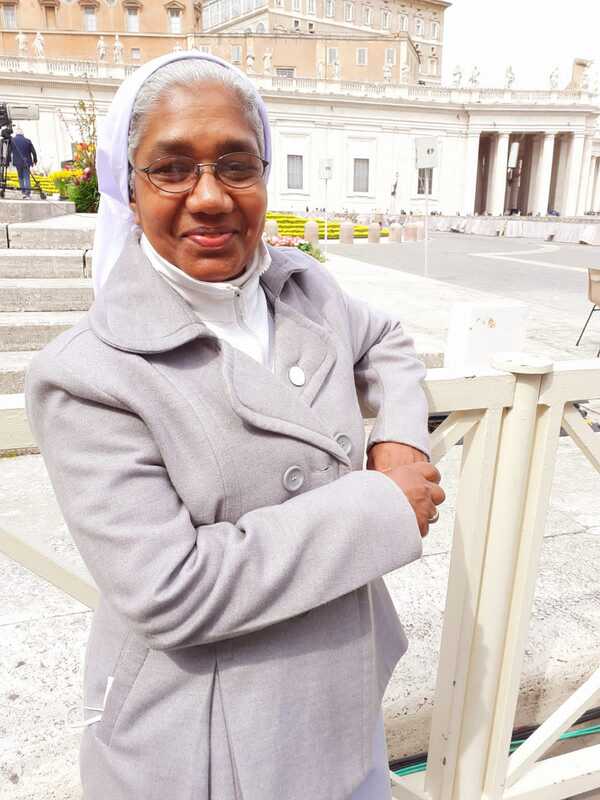 Sister Mary Bawani
Sister Bawani will present during "Best Practices with special attention to roles of religious organizations" on 24 January 2023. She will describe the community outreach work undertaken by the sisters from the Franciscan Missionaries of Mary from the Manthivu, Hendala and Badulla leprosy centres in Sri Lanka and their work during the pandemic. ​ 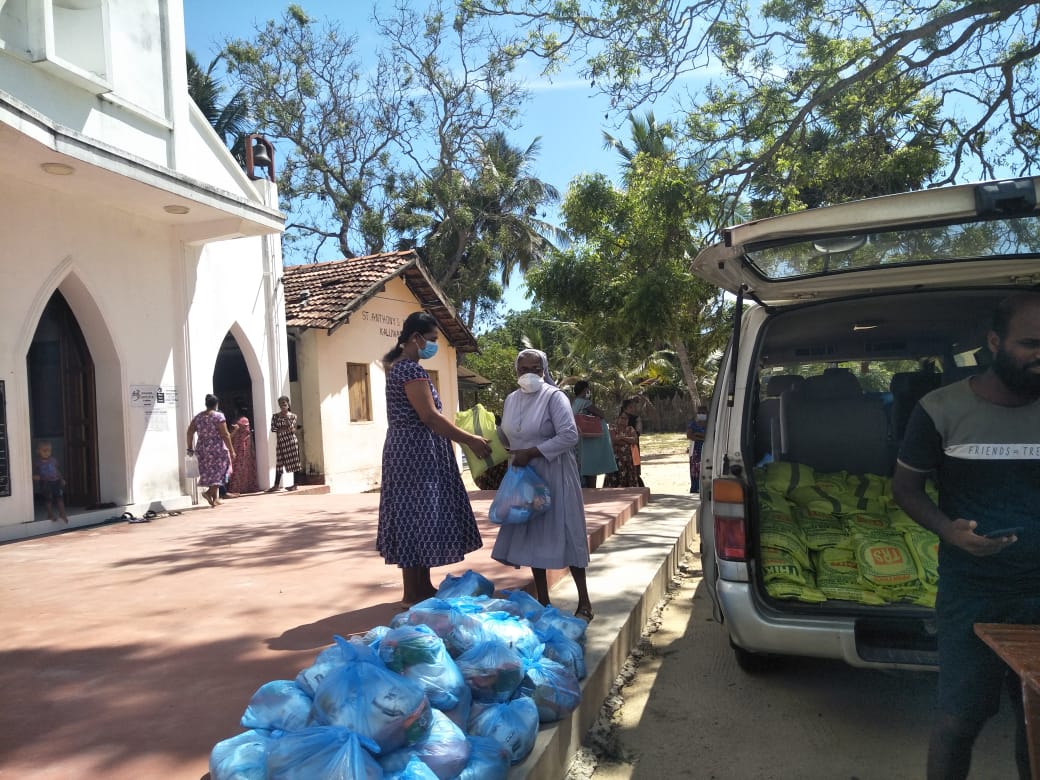 Providing food for people with leprosy during the pandemic

Sister Bawani said "during the pandemic, our mission was challenged by many obstacles. But travel restrictions imposed by the government did not stop our visits even though the number of visits was reduced. Some of the people we visited were given mobile phones to stay in touch. For others, money was paid directly to their bank accounts. Some were helped through the local parish priest and when possible, supported by neighbours. So, the Sisters did not keep quiet, even though the virus was spreading and taking many lives every day, especially during the second wave of the pandemic." 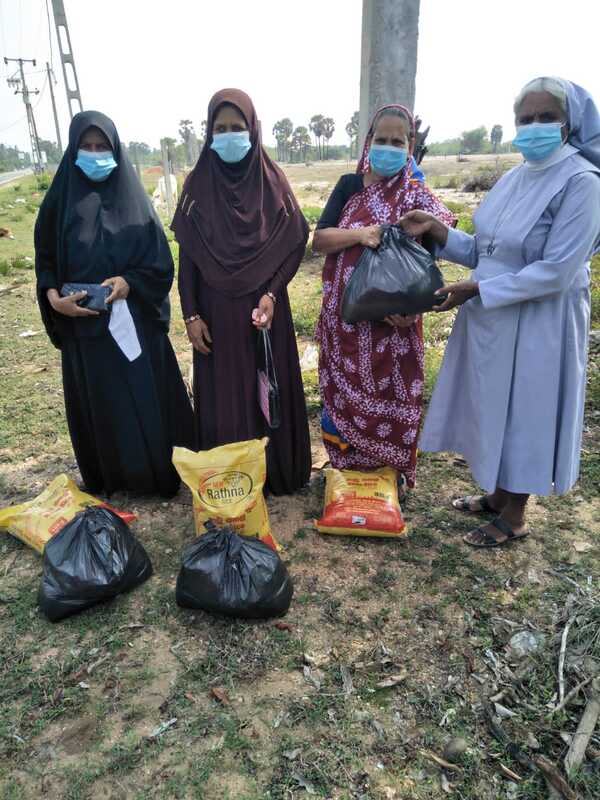 Sister Bawani added "Covid-19 pushed leprosy communities to the back of the queue and out of mind during lockdown. The Sisters made sure that they were not forgotten and had what they needed to survive. 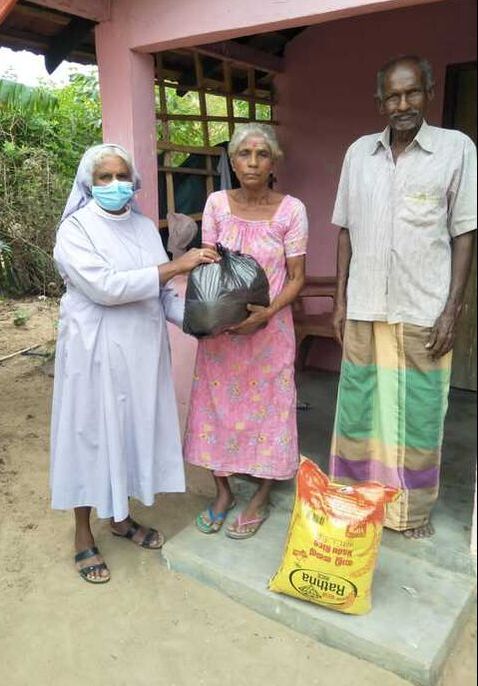 Taking provisions to remote locations during the pandemic.

She concluded "​people with leprosy live in considerable hardship, even if their community is unaware that they are affected by leprosy. Taking rations was particularly important during the pandemic. Thanks be to God, the Sisters were not affected by the virus and, God permitted us to help our dear patients continually, through new ways, bringing a ray of hope and happiness in this difficult period.

Since people with leprosy are often rejected by their families and communities, they were even less likely to have anyone to depend upon during the pandemic. The Sisters visited and took vital provisions during lock down.

The financial crisis and civil unrest in Sri Lanka mean the attention and resources given to leprosy are less and the number of children and adults infected by leprosy is increasing. Travel restrictions and food and medicine shortages also challenge the Sisters to continue with their mission.
​
Visit this webpage to see Sister Bawani's full presentation

St Francis Leprosy Guild will be streaming news live from the Vatican next week. 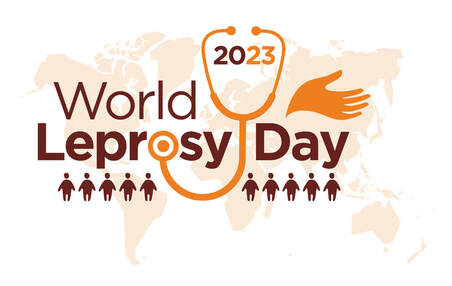 ​About World Leprosy Day
​
World Leprosy Day is observed on the last Sunday of January every year to increase public awareness of leprosy. This date was chosen by the French humanitarian, Raoul Follereau, as a tribute to the life of Mahatma Gandhi who had compassion for people afflicted with leprosy. Gandhi was assassinated on 30 January 1948.
For information about leprosy read our Leprosy Q&A   or watch our video Did you know about leprosy?
For other information or interviews please contact: