Supporting teenagers with nowhere else to turn in Myanmar

People who are diagnosed with leprosy when they are very young, risk having their futures stripped away from them. But the SFLG-funded St Theresa’s Leprosy Community, Thayet Myo, is there when they have nowhere else to go. 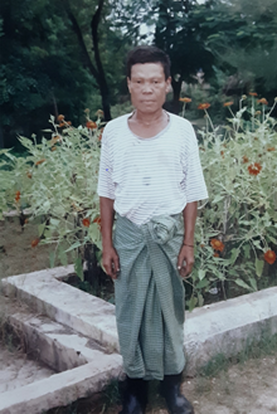 At 13 years old, U Bo visited a local villager, who was isolated on the outskirts of their community. U Bo later developed itchy, numb patches on his thighs which then spread over his body within a month. People suggested that U Bo seek help, and he worried that had caught leprosy from the villager he had visited.

Until this point, U Bo was studying to become a Buddhist monk and at weekends, helping his parents on the paddy fields and to look after their cows. Once a doctor confirmed it was leprosy, he began treating U Bo.
​
He was so young when he was diagnosed, and terrified that he would be cast out of the village as so many others had been. U Bo dreaded spending the rest of his life in isolation. The centre provided medicine, as well as food, education on person hygiene, annual trips, and a vital patient support group. The centre has also funded two more operations for U Bo for other conditions. U Bo says he “would have died a long time ago” were it not for their help, as his parents were poor and would not have afforded the medicine. He has since married and lives with his wife Daw Tin at the centre (read her story below). They have children together, for whom the centre provides education, uniform and stationery. U bo is very grateful that he can how live happily and healthy with his family and neighbours, and help others when he can.

“the centre continues to help us more by giving health care, nourishments including mentally and spiritually. Now I don’t worry about the last journey for body and soul because they are very concerned for us”.

“I would like the world to know that leprosy is a huge block between me and societies. When I started suffering from leprosy, apart from my family members, no one wanted to relate with me. They tried to isolate me outside the village. As a teenager, I had a future to shape my dreams and hopes. My friends’ parents didn’t want to be friends with their children anymore. But nowadays, we have medicines to recover from this disease. Therefore, don’t be afraid of us and discriminate (against) us.” 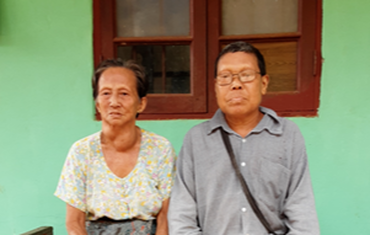 At 18 years old, Daw Tin was relied upon by her parents to help out on their farm, in the home and to earn an income to support the family. They were very poor and she desperately wanted to keep supporting them. But when Daw Tin developed itchy patches on her arm, her mother suspected leprosy as her father was already being treated for it. The patches spread to her cheeks and legs and a local doctor confirmed it was leprosy.

After this diagnosis, Daw Tin was so frightened that she would have to be isolated from others for the rest of her life. But the centre provided Daw Tin with medicines and food. Daw Tin’s family could not have afforded the medicine, so she is forever grateful to the centre for providing it, because she “didn’t want to spend the rest of my time alone and die earlier”. At the centre, Daw Tin discovered that her father had recovered from his leprosy and married another woman, so it was even more vital that they carried on supporting her and her family.

After she married U Bo, the centre continued to provide food, housing and basic needs, and they had three children together. The centre also teaches their children so that the cycle of poverty can be broken. Daw Tin feels secure about her, her husband’s and their children’s future now.

What we would like the world to know about leprosy is not very different from other diseases. It’s just like other diseases we can cure until we recover again. Nowadays, technology is developing and it is easy to get medicine. We don’t need to worry to get this disease easily.” 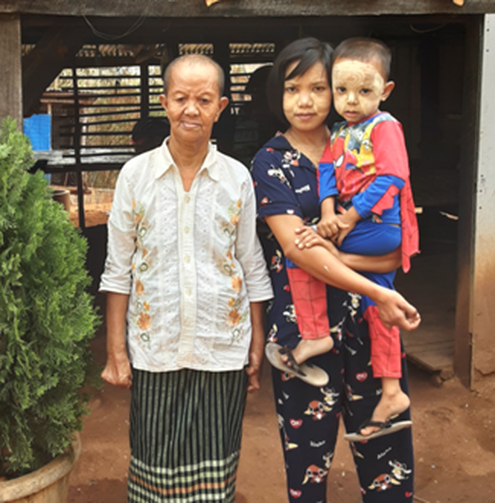 At just 14, Daw San was helping her parents on their farm and had the simple dream to live happily and healthily with them. But she stopped menstruating for two months, and her small right-hand finger began bending. This was followed by numb, white patches over her body, and a foot injury one day whilst farming. A local doctor confirmed leprosy and Daw San decided to get treatment. She was so frightened of being separated from her parents and discriminated against by others. But Daw San lived at the leprosy hospital for six years and also got married.

Following the treatment and medicine provided, Daw San decided to live in the centre. They now provide food, shelter and basic needs. Sadly her feet didn’t recover from her previous injury, and Daw San’s husband eventually left her and her children. But she knew she could continue to reply on the centre. The centre also treated her son and daughter for leprosy and keeps checking them, her grandchildren and neighbours, ensuring their “future safety.”

Daw San says she feels secure as the centre continues to support her. She now hopes simply to keep living “healthily and happily the rest of my life with my daughter and grandchildren.”