Fighting leprosy in Massatine
​
Liberia’s people have suffered two brutal civil wars in recent history, and many live in abject poverty today. The Massatine Leprosy Centre was set up by The Society of African Missions, to care for those disabled by leprosy.

The Centre also carries out active case-finding; proactively finding and treating people with leprosy, who are not currently diagnosed or even aware that they have the disease. ACF prevents the spread of leprosy and disabilities from developing in those who have not been diagnosed and treated.

One health worker and two volunteers have been trained to carry out active case-finding work. Their continued education and awareness-raising initiatives are helping to overcome leprosy within Massatine. SFLG has provided support to the Massatine Centre since 2008.
Tommy (aged 55, lives at the Massatine Centre)

At around 30 years old, Tommy worked as a farmer, and was married with six children who relied on his income. He developed red spots on his skin and his hands felt numb, feeling no pain when he accidentally burnt or cut them. At this time, Tommy was living in Sierra Leone, but the government hospital there couldn’t help him. On hearing about the Massatine Centre, he decided to go to Liberia and seek their help. When he was diagnosed with leprosy, Tommy says he felt “worried and depressed”, having witnessed other people suffering with the disease. But in time, the multidrug therapy began to work. Tommy now lives at Massatine Centre with his wife and children. The Centre continues to support him but he is free to pursue his dream of opening a clothes shop. 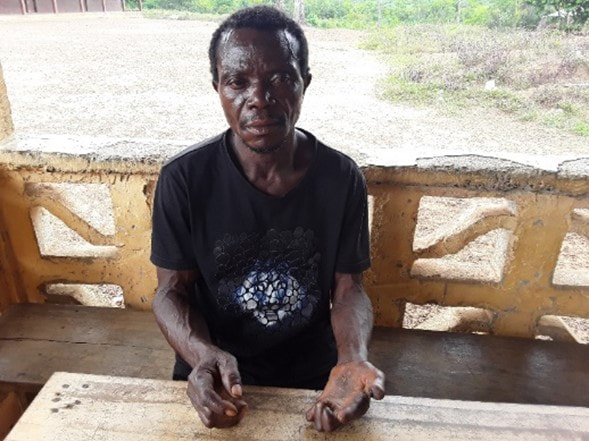 Tommy, whose hands have been damaged by leprosy, lives at the Massatine Centre
Joseph (aged around 99, lives at his house at the Centre)

​After the brutal civil war of 2003, Joseph simply wished to live a peaceful life with his wife and six children and keep working as a farmer. However, he developed cuts and clawing in his fingers, which became unbearably painful and eventually, he could barely stand straight. He went to the Massatine Centre, where he was diagnosed with leprosy and received multidrug therapy. Initially he felt ‘very sad’ about his diagnosis. Now the Centre continues to help him with medicine and support, where he lives with three of his children. Joseph is happy staying at the Centre, as they have cured both his and his wife’s pain and suffering. 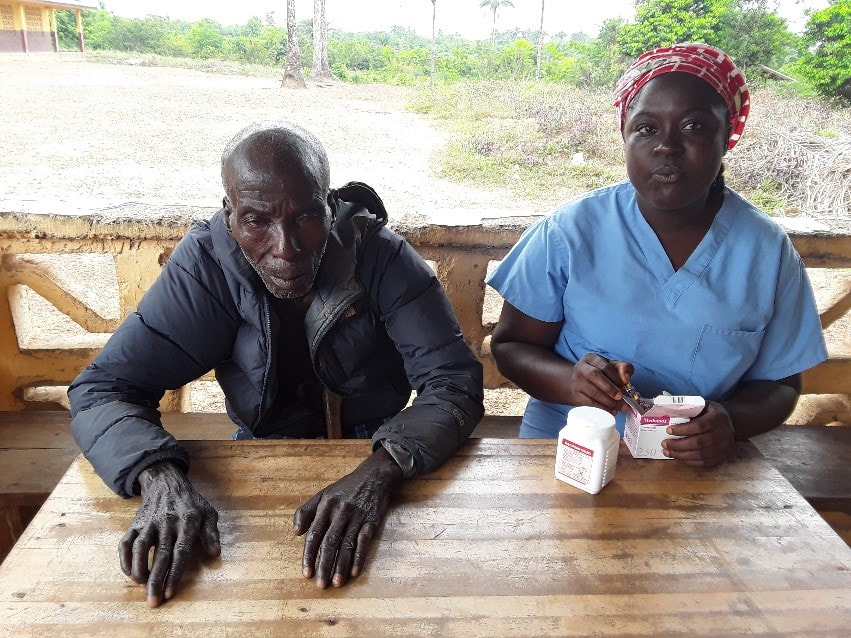 Joseph with a nurse at the Massatine Centre
Yatta (aged 36, lives at her home at the Centre)

At 12 years old, Yatta was attending school, with dreams of becoming a doctor. She developed red spots and a feeling of numbness on her skin. Her father brought her to the Massatine Centre, where she was diagnosed and successfully treated for leprosy. Yatta is happy to stay at the Centre, where she is provided with regular grants. She now has five children and hopes the Centre can help her support them through school, set up a small shop and finish the roofing on her house. It is essential that Yatta’s children are monitored for leprosy and helped in their education, to try and break the chain of infection and poverty, which is so often perpetuated through generations. 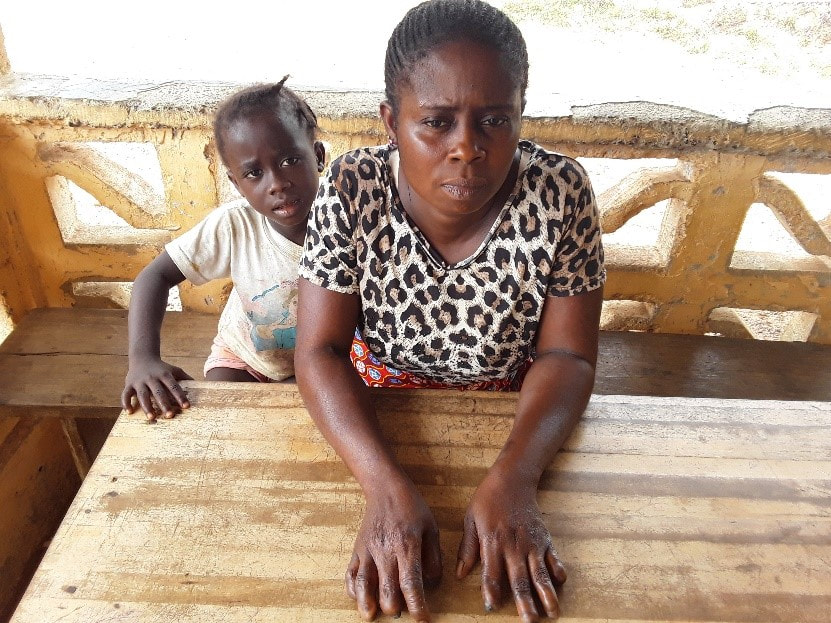 Yatta and one of her children, living at the Massatine Centre