ST FRANCIS LEPROSY GUILD
Maggie trained at Toronto General Hospital and specialised in intensive care nursing. She travelled internationally and worked in open heart intensive care and emergency flight evacuations. During her travels she fell in love with Nepal. She became part-owner of the first mountaineering and trekking company and the famous Tigers Tops jungle lodge. She had many adventures in Nepal and even volunteered at Mother Theresa's centres in Calcutta and Kathmandu. This is where her interest in tropical medicine began.
Maggie was used to working with the latest high-tech equipment and medicine. She felt out of her depths working at Mother Theresa's with its abundance of sick people with diseases she had never heard of before. She vowed that she would study tropical medicine and this is where the leprosy journey started. 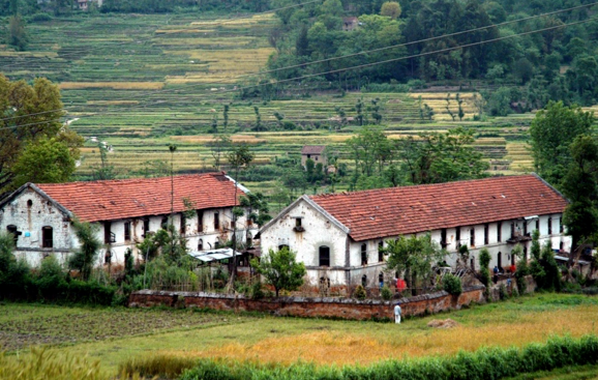 Khokana Leprosy Colony, 16km south of Kathmandu
Maggie later went on to work at a leprosy hospital, Sewa Kendra, near Kathmandu, to learn about and specialise in the treatment of leprosy. She often heard from her patients about Khokana, a government run leprosy facility.

Finally one day, Maggie visited Khokana. Presuming it was a well-run community, she was horrified at what she discovered. The majority of patients had received Multidrug Therapy, and told they were cured. But, many of the 350 people who lived there, had secondary leprosy complications and many other health needs. Leprosy had been treated, and the authorities concluded that the medical clinic was no longer needed and closed it down.

Maggie petitioned the Director of Leprosy Control at the Nepalese Ministry of Health, to permit a medical team to run weekly leprosy clinics at Khokana. She even set up a charity, Promise Nepal, to fund the medical team there. When permission was granted, the team embarked on a long-term commitment to treat leprosy at Khokana. She said:

​Seeing the unarguable suffering of the leprosy affected people forced to live in this remote colony, I felt angry at their total abandonment and knew that I had to help. The majority of these patients had just been incarcerated at Khokana and never had a chance at life. 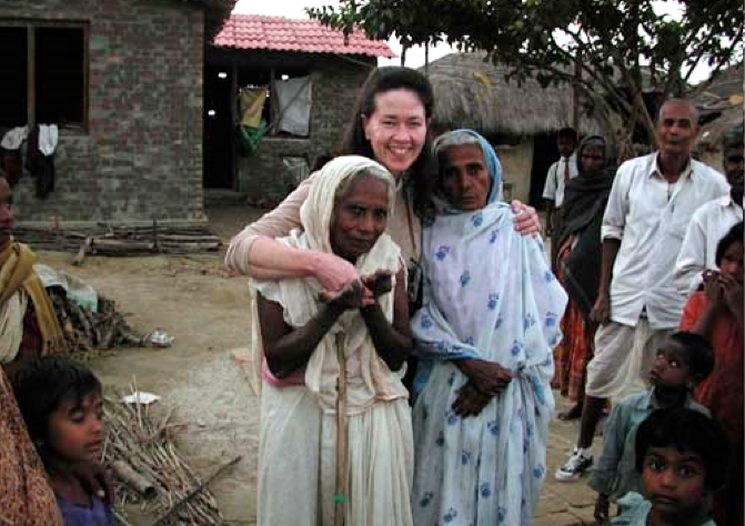 Maggie with people affected by leprosy at Khokana
Maggie soon realised that there were huge cultural differences in the way patients and Nepali medical staff related to illness and especially to leprosy. So she embarked on an MSc in Medical Anthropology and lived at Khokana for six weeks to carry out ethnographic research. There she earned an exceptional prize: the trust and friendship of the patients. No other foreigner had ever lived among them or cared about them before.

Maggie loved spending the day interviewing people affected by leprosy, despite hearing their often tragic stories.  However, this quality time with Maggie gave patients huge pleasure. Abandoned by their own families, nobody had ever shown any interest in them before. She said:

The people here were institutionalised and given no due respect and dignity as a human being. Yet they were generous with what little they had. They would invite me for tea or a meal or bring me vegetables from their own little garden.

Another of Maggie's achievements at Khokana, was to establish a link to a nursing college. Maggie encouraged girls born in the leprosy community, to train as nurses, to secure a career and a future for themselves. 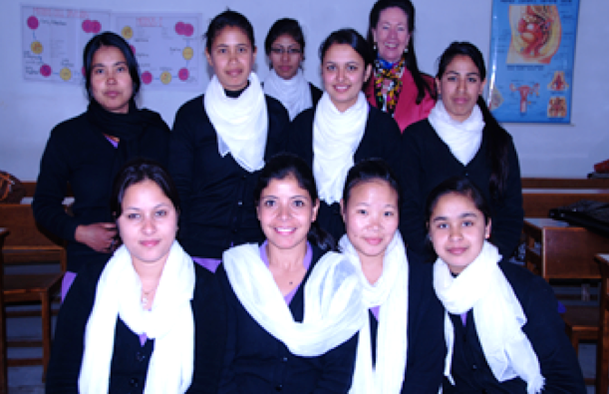 Student nurses with Maggie standing at the back. Sumitra front row, second to left.
One star student, Sumitra, now works at Anandaban, the largest leprosy hospital in Nepal. She is highly regarded there for her professional expertise and the compassion she shows to people in her work. 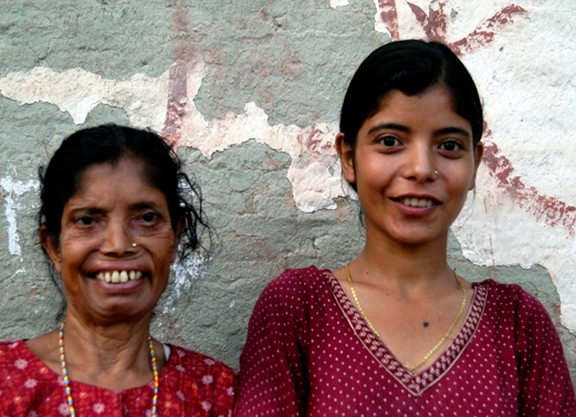 Sumitra, who was born at Khokana, and her mother, Sani Nani, who lives there. 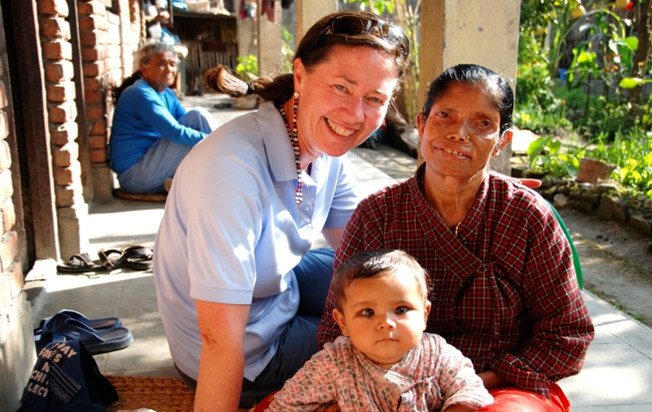 Sani Nani and her grandchild
Maggie set up The Dr Maggie Burgess Travel Scholarship at the London School of Hygiene and Tropical Medicine to encourage students to become more interested in leprosy. It provides an opportunity for students to work in Nepal and Bombay with leprosy affected people for a minimum of eight weeks. She has been teaching there for 14 years.