PRESS RELEASE
International Women's Day 2022
Mother Teresa of Pakistan, Dr Ruth Pfau​
London, 8 March 2022: Today, St Francis Leprosy Guild celebrates the work of Dr Ruth Pfau. She devoted more than 55 years of her life to fighting leprosy in Pakistan. International Women’s Day is celebrated annually on 8 March. It is an opportunity to reflect on progress, call for change and celebrate acts of courage and determination by ordinary women who have played an extraordinary role in the history of their countries and communities.

Dr Ruth Pfau. Copyright: ALAMY
Ruth Katherina Martha Pfau, born on 9 September 1929, was a German–Pakistani Catholic nun of the Society of the Daughters of the Heart of Mary and a physician. She moved from Germany to Pakistan in 1961 and devoted more than 55 years of her life to fighting leprosy in Pakistan. Ruth was honoured with the Hilal-i-Pakistan-, Hilal-i-Imtiaz-, Nishan-i-Quaid-i-Azam-, and the Sitara-i-Quaid-i-Azam award. She also was awarded Germany’s Order of Merit in 1969.

Ruth helped to establish 157 leprosy clinics across Pakistan that treated over 56,780 people. Fazaia Ruth Pfau Medical College and Dr Ruth Pfau Hospital are named after her in Karachi. She died on 10 August 2017 and was buried with full state honours; the first Christian to be given a state funeral in Pakistan.

Ruth founded the Marie Adelaide Leprosy Centre (MALC) in Karachi in 1980 which is a 64-bed hospital that operates ten sub-centres. The centre provides urgent and ongoing medical care, as well as financial and emotional back-up to people with leprosy. SFLG has supported the centre for the last fifteen years. 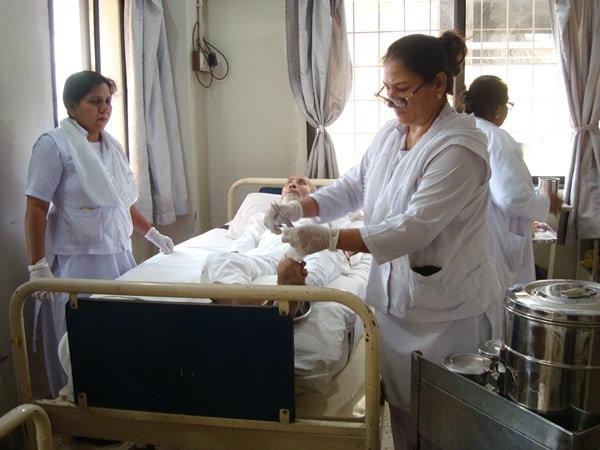 Medical staff caring for a patient with leprosy at MALC. Copyright: Marie Adelaide Leprosy Centre
Through its TRACE operating strategy, SFLG is working with MALC in a joint Active Case-Finding project to reduce the spread of leprosy, especially multibacillary cases, in the high endemic areas of Landhi Korangi nd Maskan-e-Rahat, through early diagnosis and treatment and awareness raising.
Badeea was a contented homemaker, who had been married for five years, when she noticed blisters and numbness in her hand. Her husband was so concerned, that they went to the centre to seek advice, where she was diagnosed with leprosy. She was terrified when she was admitted to the hospital for the first time. However, thanks to Multidrug Therapy and the treatment that she received, Badeea became free from leprosy and the risk of developing disabilities and ulcers caused by the disease.

when I first saw the disfigured faces of other persons affected by leprosy, I wondered whether my fate would be like them or if I would  die. But now, just speaking with my doctor, brightens my day” said Badeea. 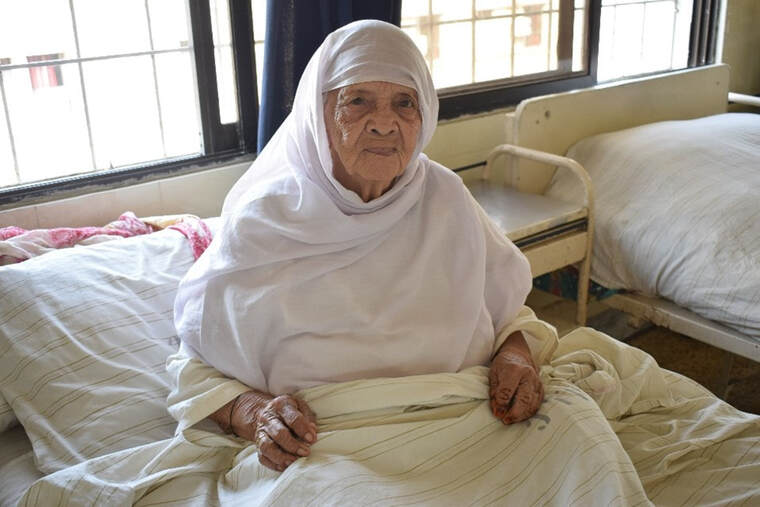 ​International Women’s Day
International Women’s Day is celebrated annually on 8 March. It provides an opportunity to reflect on progress made, to call for change and to celebrate acts of courage and determination by ordinary women who have played an extraordinary role in the history of their countries and communities.
For information about leprosy read our Leprosy Q&A
​For other information or interviews please contact: