Part of SFLG's work is to dispel common misconceptions about leprosy. The St Benedict's Tuberculosis and Leprosy Rehabilitation Hospital (TBL) and others like them, care for people with leprosy when they have nowhere else to go and have often been abandoned by those that they love.

Donatus rather powerfully states that “Leprosy is a disease like other diseases. It can be cured especially if detected early. Leprosy patients did not commit any crimes so there is no point discriminating against us”.

Cecilia (79, lives at the TBL hospital at the Marian Camp)

Cecelia was only eight years old when she woke up one morning and noticed a rash on her hands and legs. Tests showed that it was leprosy, and as her symptoms worsened, she eventually lost her fingers and toes and stopped going to school. The saddest thing was that Cecelia’s brothers and sisters “abandoned” her.

Cecelia met her now husband at the centre and they went on to have children. The centre sent them to school and they are now themselves married. The centre also provides shelter, food, medicine, clothes, money, advice and company for Cecelia. She says: “Without the support of the centre, I would have died a long time ago because of hunger, illness or shame.” Cecelia even still manages to farm, with the centre’s support. Although she has since died, they also treated Cecelia’s mother for leprosy as they tested family members and contacts. 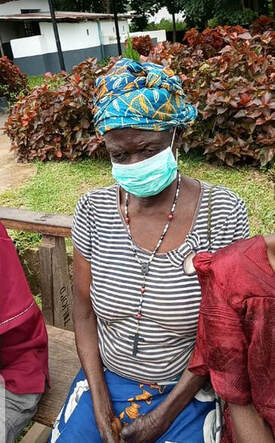 Cecilia said, "What I would like the world to know about leprosy is that leprosy is curable. People should not reject their relatives who have leprosy.” 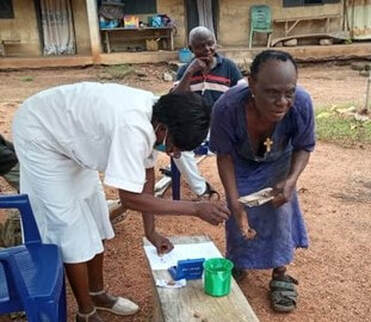 Paulina (78, ​lives at the TBL hospital, at the Marian Camp)
​
Paulina was 28, farming, and married with three children when her symptoms began. She got red patches on her hands and thighs, and leg pain when walking. A leprosy assistant that visited Paulina’s village examined her and referred her to the hospital, where leprosy was confirmed. She was terrified of the diagnosis: “I thought I was going to die. I didn’t want to die.”

Sadly, her husband left her and has since married another woman. As well as this, Paulina’s siblings avoided her. However, the centre provided treatment, clothes and food, and supported her children in school and employed her daughter as a hospital worker. Without them Paulina says: “I would have had no help and may have died a long time ago”.

Pauline said ​“Leprosy is a disease which is curable if treatment is started on time. Discriminating against leprosy patients can make people to hide their illness until it is too late.”