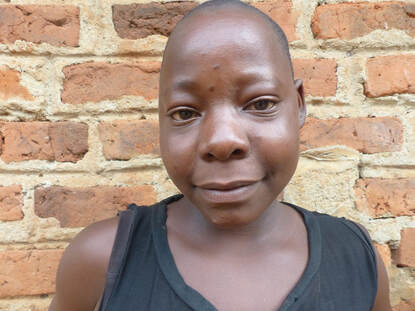 Nahayo was just 10 years old when she first developed leprosy symptoms. She developed patches over her face and body and nodules on her face and hands. Luckily the doctor that she saw knew of the St Francis Hospital, and referred her there. As well as treating the leprosy, the Centre also educated Nahayo on self-care and her general health. Without their support and care, Nahayo’s condition would have worsened dramatically, and she would not have been able to pursue her dream of becoming a nurse.

Nahayo would like the world to know that: “Leprosy is a disabling disease if no proper self-care, but it is curable if treatment is taken regularly.​ 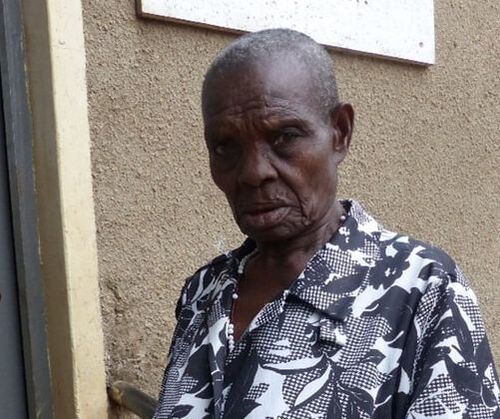 ​Mbwali was a young farmer, with hopes of being married, when she developed a skin patch on her right hand. It soon began spreading to other areas. She was seen by a visiting community doctor who referred her to a local camp, where she was screened and diagnosed with leprosy. Her greatest fear was losing her limbs, which must have been especially frightening as she carried out manual work. The camp not only provided her with treatment and self-care, but also gave her accommodation, food and clothing. Since moving into the Home Hospital, where Mbwali continues to live, she has married a fellow patient and had six wonderful children.

​​Mbwali would like the world to know that: “Leprosy is curable”. 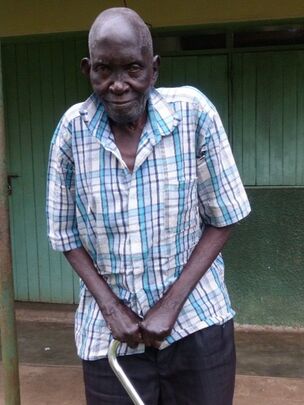 Muwanga was a married farmer in 1976 with two children, when he began to experience some frightening symptoms. The symptoms included numbness and a loss of feeling in his limbs, as well as nodules all over this body. He was just 46 and dreaming of becoming a Catechist in the Church, which is someone who teaches the doctrine of Christianity.

He was referred to the local leprosy centre that SFLG funds, by a priest who luckily knew about leprosy. Unfortunately, the treatment did have some side effects, including body swelling, red eyes, nasal congestion and sometimes a temperature. However, his leprosy symptoms were lessened and Muwanga had great faith that the doctor would heal him. The centre continues to provide Muwanga with food, accommodation, physiotherapy, ongoing treatment and protective equipment.

Also, some of his friends, family and neighbours were contacted and treated by the centre. Tracing and treating a patient’s contacts helps stop leprosy from spreading within communities. Put simply, if these people were not treated, they would have suffered serious deformities or lost their lives.

Muwanga says that without the centre, he would be dead already or a ‘very desperate and dejected person’. He hopes to carry out more poultry farming in the future. ​

​Muwanga would like to tell the world that “Leprosy can be treated and cured”.