When people who have very little are diagnosed with leprosy, they risk losing their homes, what little income and, becoming destitute. In addition, they would not be able to afford the treatment and medicines needed for their condition.

The Marie Adelaide Leprosy Centre in Karachi, Pakistan, is there to step in, providing urgent and ongoing medical care, as well as financial and emotional support. SFLG has supported the Centre with annual grants for the last fifteen years
Badeea (70, lives at home in Landhi, Karachi)

Badeea
Badeea was a contended homemaker, who had been married for five years, when she noticed blisters and numbness in her hand. Her husband was concerned, so they decided to go to the centre to seek advice. Once leprosy was confirmed by a doctor, treatment began straight away.

Badeea was so frightened when she was admitted for the first time, as “when I saw the disfigured faces of other persons affected by leprosy. I would keep thinking whether my fate would be like them or would I die”! However, she was grateful following treatment and medication, to be free of the disease.

The centre also provided Badeea and her family with a house. This gift was a huge relief for her, as their previous property was rented, and she was worried about security for her children. The centre continues to treat her for diabetes and the complications that arise. Badeea says that just speaking with her doctor on her visits to the centre, would brighten her day.

All Badeea wishes now is that her and her family stay healthy, and feels reassured that the centre will always support them.

“What I would like the world to know about leprosy is not to be scared and that even if God gives you this disease, he will take it away. May God save everyone from this ailment.” 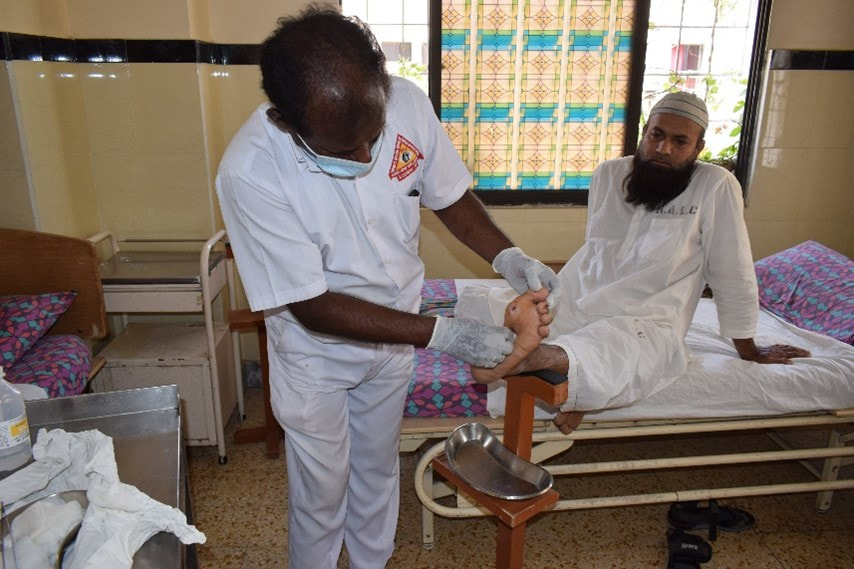 Hamza at the centre, being treated for an ulcer caused by leprosy
At just 32 years old, Hamza was a self-employed labourer, with a wife and children to support.

He developed painful blisters on his feet, and they began to become numb. A doctor referred him to the centre, where leprosy was confirmed. Hamza was worried as he knew nothing of the disease or how he had contracted it. He underwent two years of treatment, and says the doctor there was a great comfort to him.

The centre continues to provide Hamza with ongoing treatment as and when it’s needed, as well as financial support during Ramadan. He dreams of his children joining the army or becoming doctors, and hopes for a small amount of money to start his own business and lift himself and them out of poverty.

What I would like the world to know about leprosy is that if God had has given you the disease, he will also provide the source through which he will take it away. I would like to request everyone to follow the doctor’s advice and take their medicines in time; you will be leprosy-free soon”. 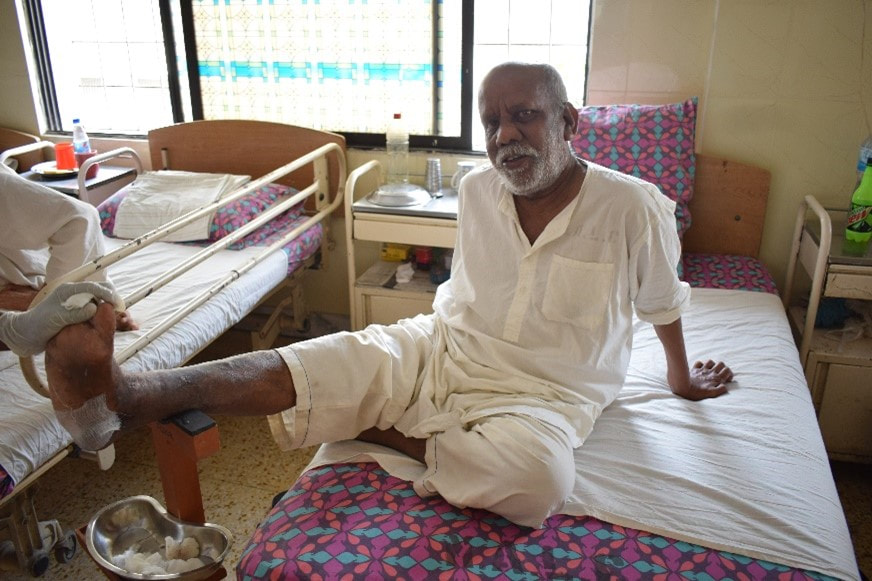 Muzhir was in his 20s and a construction worker in Bangladesh, when he first suffered with leprosy. The initial symptoms were clawing of the hands. The treatment he received there was sadly unsuccessful, so when he came to Pakistan, he sought help and luckily found the Marie Adelaide Leprosy Centre.

The treatment there was much more successful, and he says the doctors and other staff always made him feel at ease. Muzhir says he would have died without their help. The centre continues to provide him with medicines, clothes and food, and financial help when needed.

“What I would like the world to know about leprosy is that if you have any symptoms, please do not delay any further like how I did.  Please visit the hospital and take your medicines in time and also spread awareness among other people regarding the signs and symptoms”